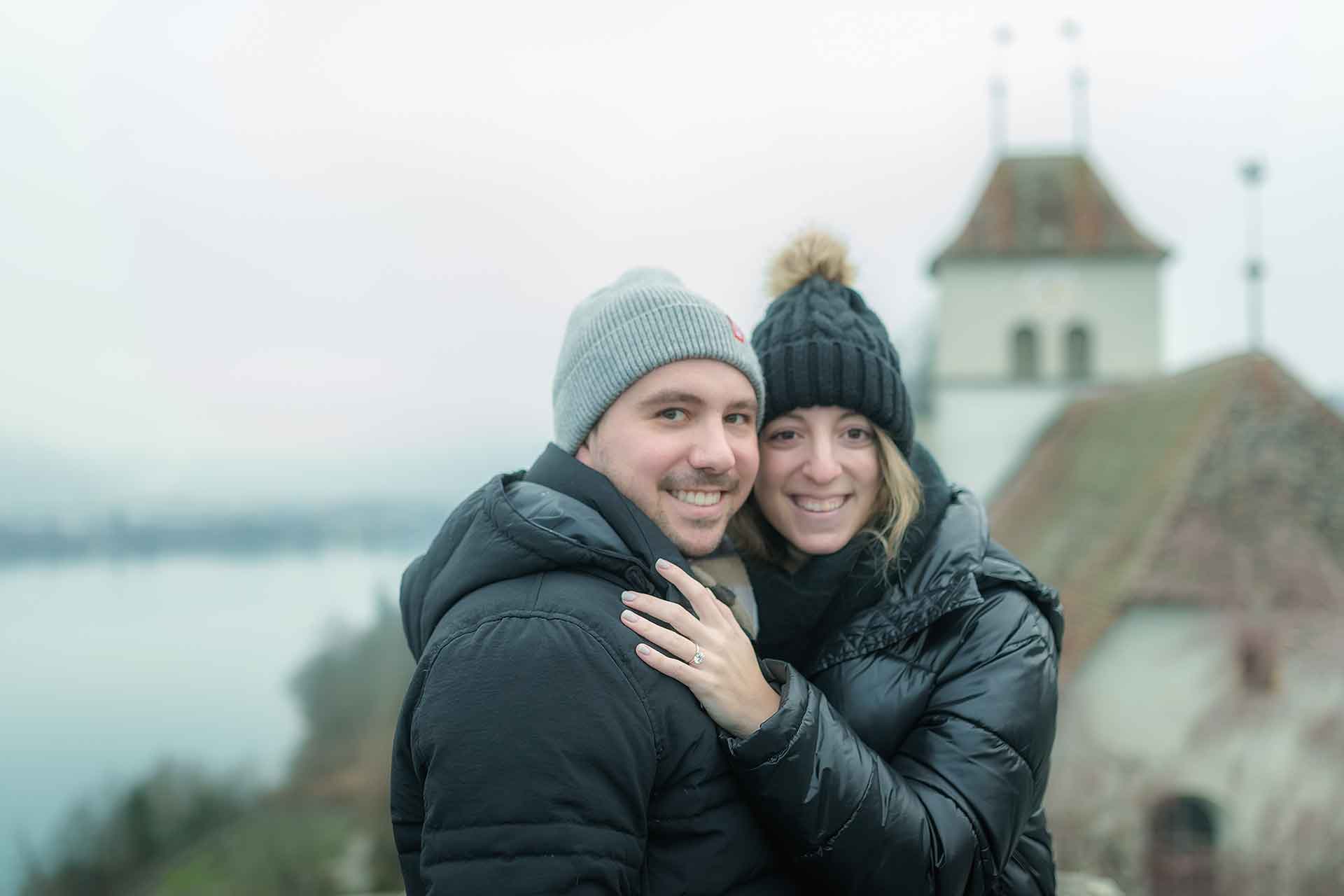 She said yes by Thunersee lake

A surprise engagement by Thunersee lake. I love photographing a marriage proposal when their partner doesn't suspect a thing. Normally the man will give the game away by acting differently. Be a littl...

A surprise engagement by Thunersee lake. I love photographing a marriage proposal when their partner doesn’t suspect a thing. Normally the man will give the game away by acting differently. Be a little nervous or tense.  His girlfriend will notice it. Alex had no idea that Derrick was going to propose to her. The engagement was a complete surprise! Of course she said yes!

Afterwards Alex had a lot of questions for Derrick. She wanted to know about who knew about it, when did he buy the ring, etc. (Apparently Derrick met Alex’s mother in town one day and they purchased the ring.)

Another very nice couple that I had the pleasure of working with in Interlaken. They were visiting from the U.S.A. Derrick had planned the surprise photo shoot with me by e-mail. We couldn’t plan too much because of the unknown weather conditions. I sent him a map the day before. They took a bus from Interlaken to the location. Derrick saw me for the first time by the bus stop. He and Alex followed me down to the location by the lake. I was unknown to Alex. Just another tourist.

Thick, low cloud blocked the sun. It would be impossible to get any mountain views. It was like this for a few days. Derrick had booked for one location but we visited three locations. I wanted to get some dramatic pictures and we headed for the river. 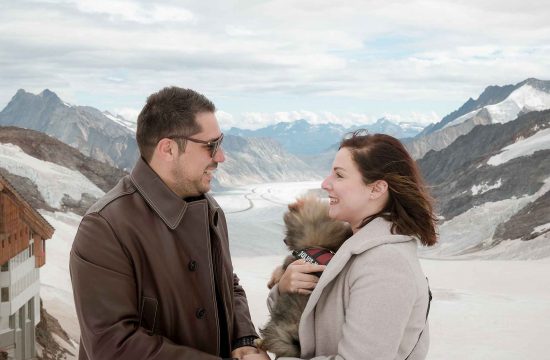 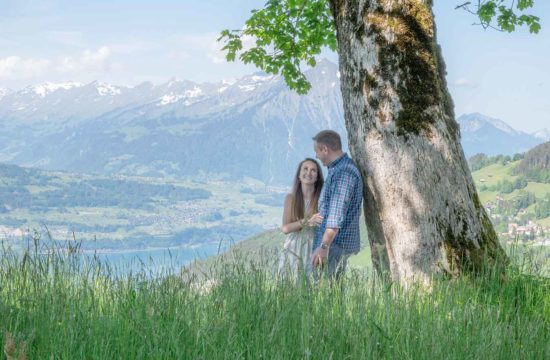 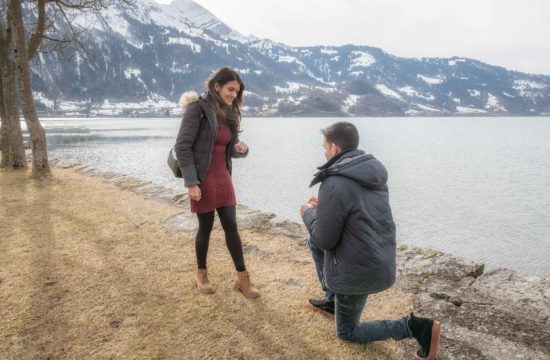