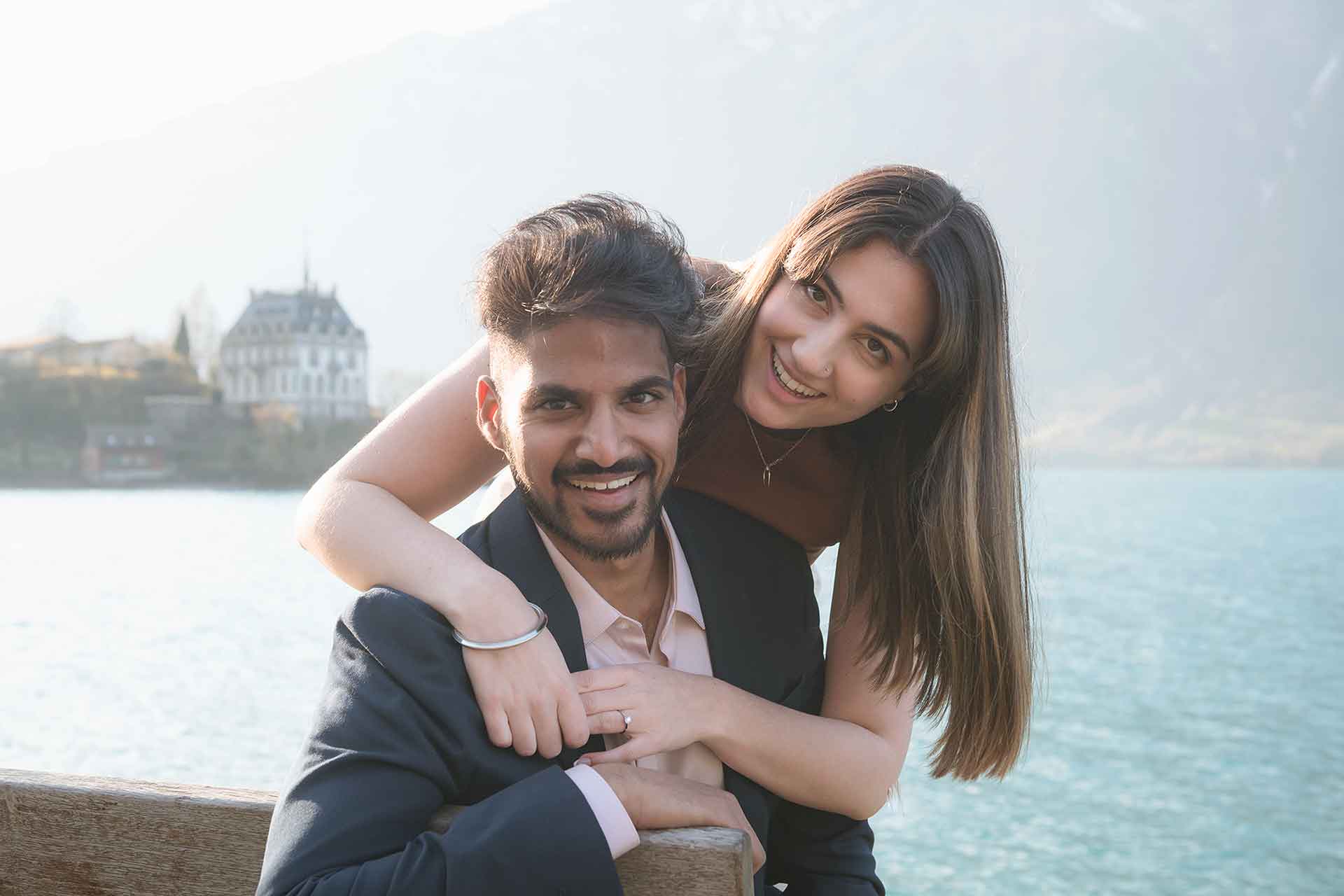 Surprise engagement in Iseltwald Akshay proposes marriage to Kiran on Iseltwald pier by Lake Brienz near Interlaken. It was a beautiful sunny day in Switzerland and the original time for the photo sh...

Akshay proposes marriage to Kiran on Iseltwald pier by Lake Brienz near Interlaken. It was a beautiful sunny day in Switzerland and the original time for the photo shoot was changed until later in the day. I received a message that they would be delayed because they wanted to have a meal. (It was a surprise engagement and nothing could be done.) Late afternoon is not a good time on a sunny day because of the position of the sun. However, it is possible to visit other locations in Iseltwald afterwards. The light gets softer as the sun goes down. But not good for pictures on the jetty unless you want silhouettes. The pictures below are from the photo shoot after the surprise proposal.

After Akshay had proposed a woman shouted out from her bedroom open window “Did she say yes?” They both replied, “Yes.”

The pier or jetty can get busy. Often a line is formed by the pier of couples wanting to take selfies at a location for the Netflix TV series https://www.netflix.com/ch-en/title/81159258Netflix TV series “Crash Landing On You”. Patiently waiting until the couple before them have taken their pictures with their smartphones. This is a very popular place with tourists from Asia wanting to visit this film location in Iseltwald (Wikipedia)! 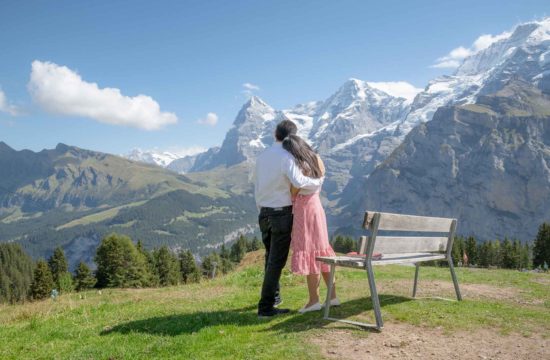 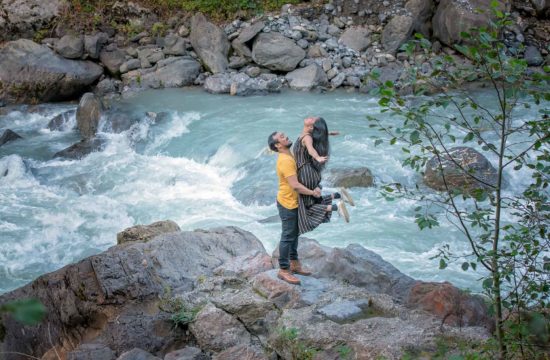 Surprise photo shoot on their honeymoon 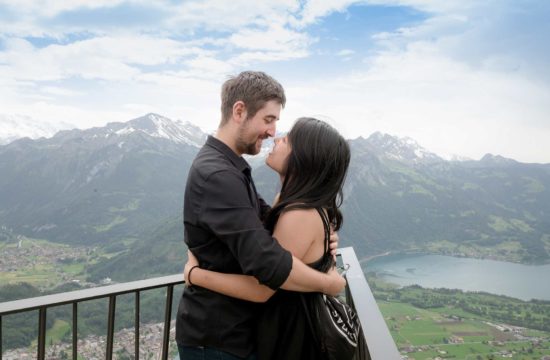 Surprise engagement on the Harder Kulm