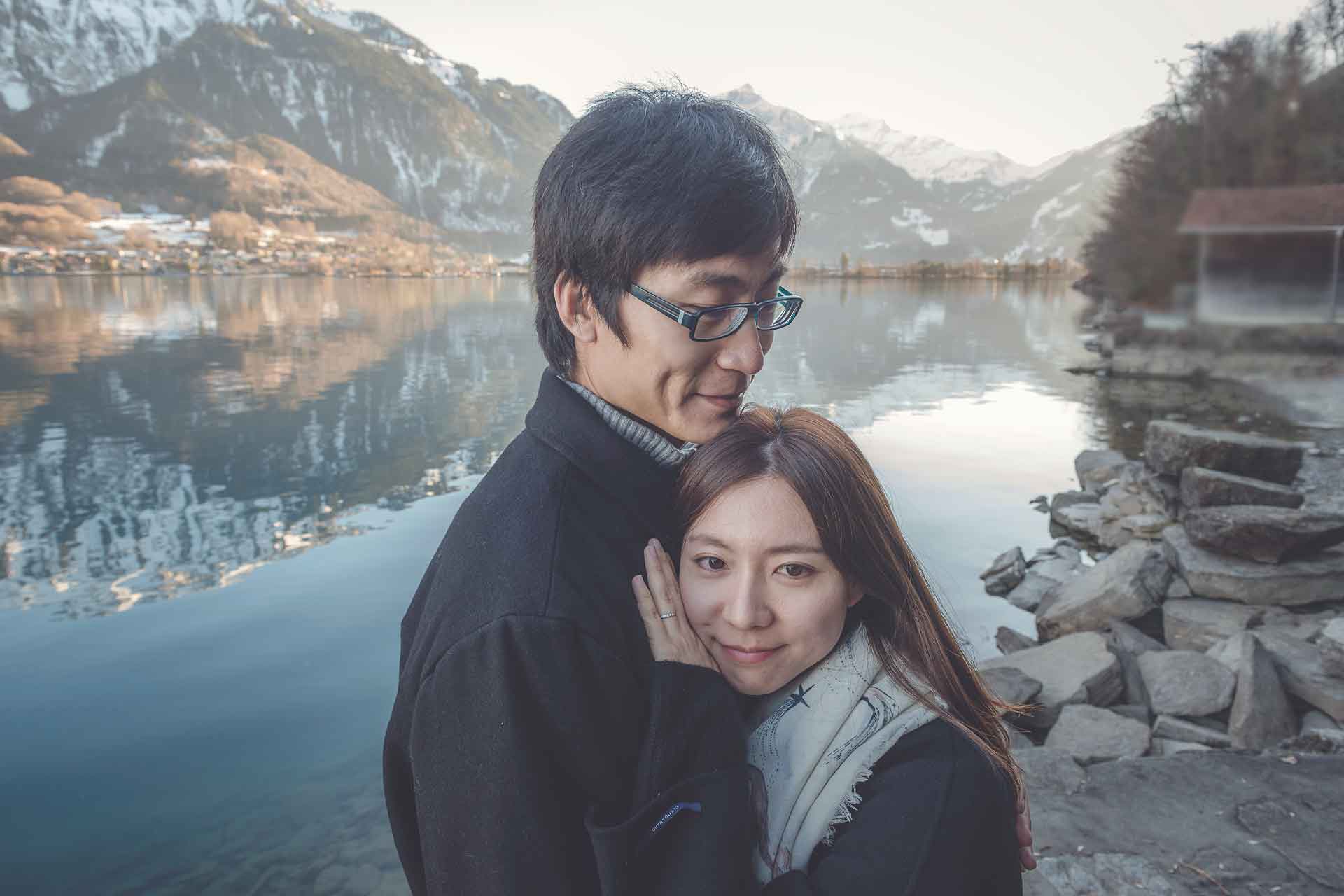 Mark contacted me a week ago about a photo shoot. He had just asked his girlfriend to marry him. They wanted some pictures! It was late sunday afternoon when they arrived in Ringgenberg. Amanda and...

Mark contacted me a week ago about a photo shoot. He had just asked his girlfriend to marry him. They wanted some pictures!

It was late sunday afternoon when they arrived in Ringgenberg. Amanda and Mark had been to the top of the Jungfraujoch. Mark told Me that the photo shoot was for Amanda. He was going to stand on the sideline. I had him holding the reflector to keep the sun off Amanda’s face. Afer a while he felt comfortable in front of the camera. They live in Hong Kong.

The sun was setting and we had to move fast. It was a beautiful day and the “golden hour” in Ringgenberg. We started and ended on the castle’s battlements. The sun was in the wrong place at the beginning. We survived with the reflector as a shade. We also visited the “beach” by the side of Lake Brienz. The waterfall is not in an easy to get to locations. Mark and Amanda were ready to try some clambering over rocks.

It was a great afternoon. I ws originally booked for 1 hour but we stayed for three hours! It was a perfect afternoon for taking pictures.

Mark sent me an e-mail: Thank you, John! The photos are great! We like them a lot! 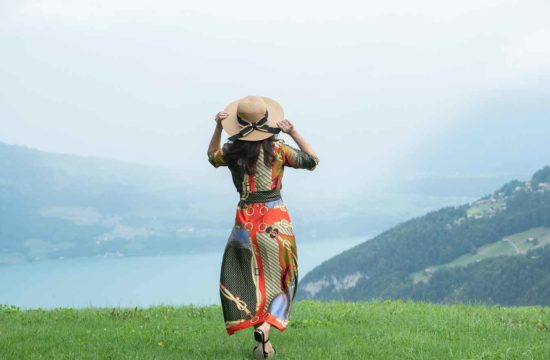 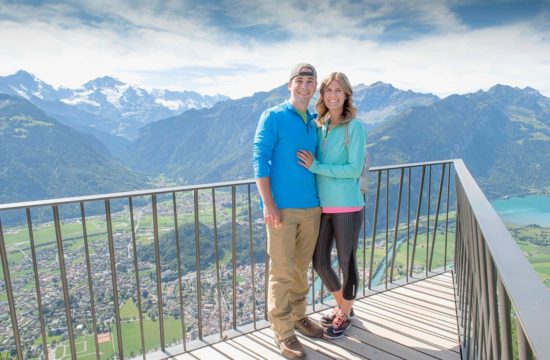 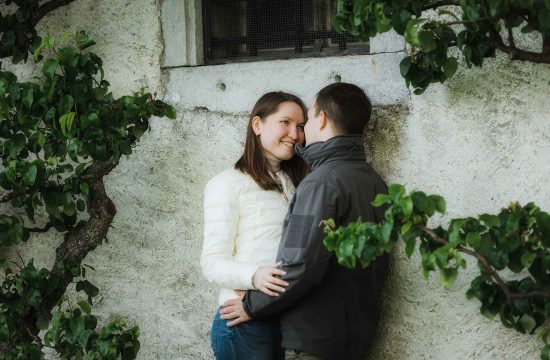